SIRCO PV UL98B are manually operated multipole load break switches. They make and break on load and provide safety isolation for any PV circuit up to 1000 VDC (as per UL98B standard). They comply with NEC Art. 690 (US National Electrical Code) concerning photovoltaic installations. They are compliant for use within solar inverters and enclosures governed by UL1741 standard.
SIRCO PV are extremely durable switches that have been tested and approved for use in the most demanding environments.
They have been designed and tested for all types of applications such as earthing, floating or bipolar.
Advantages

Performance
A glass fibre reinforced polyester break chamber with an arc extinguishing system provides a patented safety disconnection system offering rapid extinguishing of the electric arc up to 1500 VDC with current interruption of up to 2000 A.
Back-to-back double load break switch
Back-to-back double switches enables:
- simultanuous on load operation of two switches with a single handle,
- a compact solution when connecting two separate photovoltaic circuits compared with the use of two separate switches,
- easy connection,
- voltages above 1000 VDC are safety broken by the use of two poles in series. 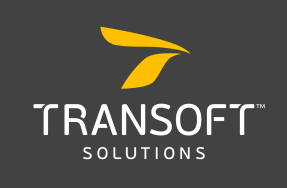